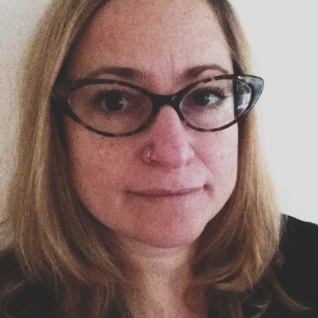 The consequences of unconscious bias in the workplace have been demonstrated again and again in studies, and they’re not small. To illustrate the effects of the well documented overestimation of male abilities, both Facebook’s and Google’s unconscious bias training point to a study done using a computer simulation. Starting with a company that is evenly split between men and women at every level, the consequence of a 1% bias towards hiring and promoting men is that, after 20 decisions made with just that 1% bias, men occupy 65% of a company’s leadership positions. Over time, of course, that disparity just gets more pronounced.

Another resume study was conducted by researchers at MIT and the University of Chicago using “typically white” and “typically black” names on two sets of identical resumes, one average and one above average. Not only did the applicants with “white” names receive 50% more callbacks than those with “black” names, white candidates received more callbacks than the above average black candidates.

And then, of course, there are the seemingly more subtle examples that nevertheless enforce the roots of limiting beliefs. For example, back at Google, a women’s advocacy group noticed in 2014 the gender disparity in Google Doodles—between 2010 and 2013, only 17% of doodles honored women and fewer than 5% honored women of color. Thankfully, the Doodle team had already noticed and was taking steps to bump those numbers. Similarly, the same year, a Google employee (who had been through the company’s bias training) noticed the names of conference rooms in a new building were all named after male scientists—prompting some name changes.

Unconscious bias is pervasive, ubiquitous, and damaging to both the culture and bottom line of growing businesses. So what are some specific types of unconscious bias and how can they be fixed? I’m glad you asked.

Performance attribution means one group is given more credit or judged more harshly than another for the same behavior. In one 2015 study, “law firms were given a fictitious legal memo that included grammatical, factual, and technical analysis errors. When the memo was perceived to be by [an] African American author, law firm partners found more of the errors and rated the memo as lower in quality than when the author was perceived to be Caucasian.”

Competency/Likability tradeoff is exactly what it sounds like. People in an “out group” are seen as either competent or likable, but not both simultaneously. Consider the old chestnut about labeling women “aggressive” when they exhibit the same behavior which in men is described as “assertive,” “ambitious,” or “confident.”

Correspondence bias is the tendency to attribute the behavior of others to their disposition rather than situational factors. This bias is usually seen when one attributes another person’s behavior to stress, while assuming the same behavior, under the same circumstances, is a personality trait in someone else.

Fortunately, there’s a great deal we can do to circumvent our brains’ hijacking the decisions needed to be made more consciously and deliberately. Most of these suggestions involve the much simpler strategy of removing bias from the process, rather than trying to change people’s unconscious biases right off the bat. Hired’s candidate search, for example, allows recruiters to choose whether or not to see candidate photos and names, precisely in order to help them remove unconscious bias from the process. Pretty neat, huh?

There’s a reassuring consensus about what steps employers can and should take to combat the unconscious biases we’ve acquired. Drumroll please.

Raise awareness about bias and label bias. This can include talking with current employees, especially women and minorities, about any bias they’ve encountered and conducting a “diversity audit” of the company.

Set diversity goals and track them.

Implement hiring processes that slow the brain’s unconscious biases down. These can include blind resume reviews, sample work tests, and standardized interviews. With the latter, it’s important specifically to standardize interview questions and scorecards.

Essentially, these tactics reduce the number of opportunities for our unconscious biases to derail an objective, data-driven decision. Doing so can also help retrain your brain, because it will have a new set of data that System 1 will use to make unconscious judgments.

While interviewers may not relish the thought of asking the same questions of every candidate, studies show the current standard practices aren’t nearly as effective in predicting performance. Unstructured interviews are predictive of 14% of an employee’s performance, reference checks explain 7%, and years of work experience only account for 3%. Alternately, the best predictor, at 29%, is a work sample test. Second place goes to structured interviews, “where candidates are asked a consistent set of questions with clear criteria to assess the quality of responses,” at 26%. Google’s former Head of HR, Laszlo Bock, recommends both behavioral and situational questions, noting  “a diligent interviewer will probe deeply to assess the veracity and thought process behind the stories told by the candidate.”

A recent study from the University of Colorado’s Leeds School of Business points out something else recruiters and hiring managers need to keep in mind as they commit to increasing diversity. A summary of the research was published in the Harvard Business Review under the title, “If There’s Only One Woman in Your Candidate Pool, There’s Statistically No Chance She’ll Be Hired,” so you can probably guess what that caveat is.

Eliminating Bias Throughout The Hiring Funnel

As with other outdated, clunky, or inefficient processes, hiring is starting to get the Silicon Valley treatment. That means there are now several platforms that can help employers avoid unconscious bias.

When you set out to compose a job description, Textio and Gender Decoder for Job Ads can help you get the language right. Hired’s blind candidate review can help your team give candidates a fair shake early in the process. Harvard University also makes their “implicit bias” tests available; these are often used by researchers to assess levels of unconscious bias.

A workplace where this is the norm unsurprisingly yields considerable dividends. According to a 2015 McKinsey report, companies in “the top quartile for ethnic and racial diversity in management were 35% more likely to have financial returns above their industry mean, and those in the top quartile for gender diversity were 15% more likely to have returns above the industry mean.”

So in addition to the knowledge of having done the right thing as a member of the human race, companies with a strong diverse representation are more productive, more innovative, and more profitable. As a member of the talent team, there is a clear opportunity to shape the tone and growth of the company. With the resources above, recruiting pros can educate their teams, assess candidates fairly, and build a representative, inclusive workplace.

When you’re not busy sourcing, emailing, phone screening, and debriefing upon your next great hire, there’s a pretty good…

Set Your 2018 Recruiting Goals with These Advanced Talent Analytics

The end-of-year countdown is on. There’s one month left in 2017, which means you’re probably hustling to hit your…

Tech Recruiters are hard to find, salary negotiation is just part of the process, and hiring managers should be…