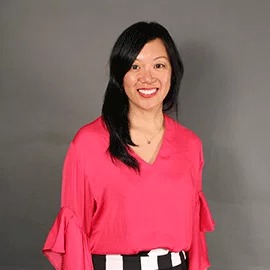 One of the most important parts of our mission at Hired is adding transparency to the job search, especially around compensation. Having an honest and open dialogue about salaries in the workplace helps people know their value and gives them greater confidence while navigating their careers. We believe salary transparency is also the most powerful tool that can help solve the gender wage gap.

In April, Hired will publish its third annual report, The State of Wage Inequality in the Workplace. This report shines a light on the pay gaps that exist across the technology industry. Similar to last year’s report, it examines how various factors such as race intersect with gender to impact salaries. For this year’s report, we want to bring the conversation about pay equality to more communities and connect on our findings on a personal level.

We’re excited to announce that Hired has partnered with the globally renowned gallerist Wendi Norris and Facebook’s resident artist Val Britton to visually reimagine the report data by creating an immersive art installation. The Shape of Change will transform the atrium at Minnesota Street Project in San Francisco from April 9th to the 14th.

As described by gallerist Wendi Norris:

“The work stems from Val’s interpretation of the statistical analyses that become transmuted into visual elements like shapes, forms, and colors. She extracts ratios and statistics from the report to be converted into concrete masses. These abstract, geometric visual elements are imbued with Hired’s report data, yet remain open for audiences to explore a multitude of potential meanings.”

We want to foster creative problem solving and dialogue around wage inequality in the technology industry and beyond. Throughout Equal Pay Week, April 9 -14, we use the space at Minnesota Street Project to bring together technology and civic leaders, diversity champions and recruiters for a series of events to engage on this important topic.

Ultimately we hope our data report, along with this art installation and community campaign, will fuel the necessary conversations about pay equality so everyone can have the knowledge and support they need to be part of the solution.

The Shape of Change will be on public display at Minnesota Street Project in San Francisco April 9 – 14.

Forbes - Hired.com Has Built What Every Tech Company Wants: A Pipeline Of Top Talent

Forbes Magazine just published a great article about our vision for Hired...   Thought exercise: What if one company…

I’ve spent 15+ years in a variety of customer facing roles including marketing, go-to-market and revenue growth for B2B and B2B2C SaaS and Enterprise software companies.