Pertino was founded in Cupertino, California, by a team of network and security engineers and proven startup execs who were driven to answer one question: If the cloud can reinvent apps, computing, and storage... why not networking?

The team set out to combine their expertise with emerging software-defined networking and advanced technologies pioneered by mega-cloud providers like Google and Netflix. What they ended up creating was an entirely new way to network for the cloud era. After several successful prototypes, Pertino was born in September 2011. Why the name Pertino? The team was inspired by a networking giant that also named itself after their founding city, San FranCISCO.

The Pertino team envisioned a cloud-based service that would let anyone build a secure network that reaches everywhere, but didn't take any hardware or expertise to deploy and manage. They decided early on to focus on IT organizations within SMBs, who often struggle with complex, expensive VPN hardware and other "trickle-down" technologies from enterprise vendors.This vision led to the Pertino Cloud Network Engine, launched into public beta in February 2013.

Today, there are thousands of companies around the world that are using our Cloud Network Engine to build and manage their networks. Customers think Pertino is on to something big, and judging by the accolades and awards Pertino has received from the likes of NetworkWorld, PC Week, and Red Herring—others think so too.

We're just getting started. With AppScape, our new network services app store, Pertino plans to unbox (both literally and figuratively) even more network capabilities in the future. Instead of the traditional approach of hardware appliances and endpoint software, IT pros can now deploy network services on their Pertino cloud networks in just a few clicks. 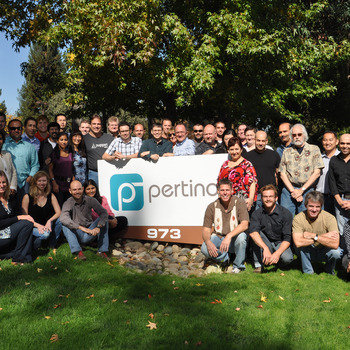