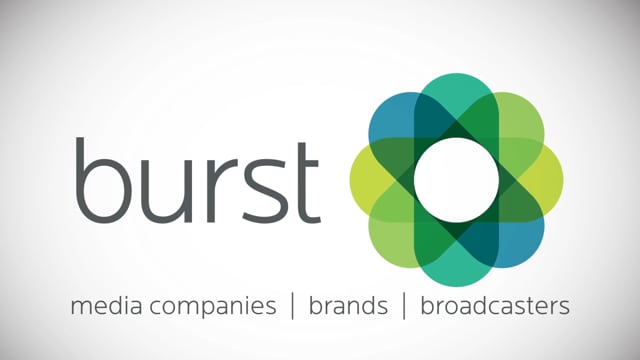 Burst is an innovative technology company based in downtown Boston, at the exciting crossroads of mobile, video, AI/ML, social media, and TV in all its forms. Burst is a B2B2C SaaS platform that allows media companies, broadcasters of live events, TV stations, stadiums, and digital publishers to crowdsource mobile video from their fans, audiences, reporters and stringers, curate them quickly using our AI-based curation tools, and seamlessly include the best of those authentic videos into their live shows, productions, in-venue screens and social/digital destinations in near real-time. Burst is fast growing into a must-have piece of the evolving digital video ecosystem. Beyond Media, Burst is also making inroads into the Corporate and Brands verticals.

Burst has solved what is often referred to as “the last mile” problem by partnering with the industry's leading TV infrastructure providers to create the first ever bridge from mobile devices into live TV/video workflows. Burst is poised to soon grab a lion's share of the local TV station "UGC" (user generated content) market, with 3 of the Top 5 station groups signing up as customers, and a few more to follow.

Burst is currently embarking on a business expansion from its core SaaS business, into content syndication and ad tech.

We are an experienced team with deep mobile video, sports and news media, machine learning, and big data expertise. The team has built and sold 5 digital businesses over the last 15 years including sales to Vonage, ESPN, Sports, Illustrated/Time Warner and The Active Network (twice).

Burst investors Sinclair Broadcast Group (the largest owner of TV stations in the US) and Horizon Media (controls $6B in advertising) are poised to position Burst as must-have technology across the broadcast TV and digital video ecosystems.

Burst has a flat team structure, and a relaxed, collaborative, friendly culture that nevertheless does not compromise on passion, work ethic or challenge. We like to take on hard problems, and solve them together. We like specialists who can also be generalists, meaning people who are really good at one or two advanced skills, and have a strong desire and ability to learn many others.

Looking forwarding to hearing from you!

If the company wins, you win. We're all in it together.
Performance bonus
Stock Options

We value families, and we make sure our benefits cover them.
Health insurance
Dental insurance
Vision insurance

We work and play hard. We generally offer 3 weeks vacation, Sick leave as needed within reason, WFH when needed. We are located close to all subway lines as well as South Station. Lots of food trucks in the area. We generally bring back our lunches and eat together in the office, whenever possible
Paid time off
Paid holidays
Work from home flexibility

If you have an interest in ever starting your own company, Burst is the place for you. You will have a ringside seat to entrepreneurship at work (warning: it's not always fun and romantic, it can be hard sometimes). Many of our interns come back, and go on to become long term friends of the company.
Internship program
Hackathons

We value passion, smarts, excellent communication, professionalism under stress, and ability to collaborate. We don't value sulking, passive aggressive behavior, or arrogance. We are all friends at work. There are no cliques. Burst Friday beer o'clocks are legendary and lots of fun.
Accessible via public transportation
Snacks and beverages
Company activities
Games and recreation
Pet-friendly workplace