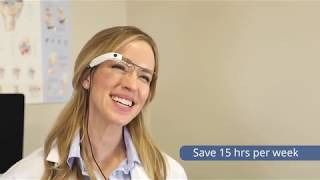 Ian and Pelu, the Augmedix co-founders, first teamed up at Stanford to develop medical devices as part of the Biodesign program. Over the course of the program, the two realized that no matter what the specialty, physicians were drowning in a flood of data and documentation. Their focus quickly turned to digital health.

After trying an early version of Google Glass in the summer of 2012, the two realized the platform’s potential in healthcare and dropped everything to create the world’s first Google Glass startup. That company, Augmedix, was founded with one core belief: technology can free physicians and allow them to focus on what they do best - taking care of patients.