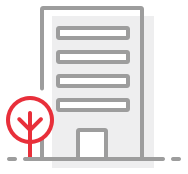 In 2009, Riot released its debut title League of Legends to worldwide acclaim. The game has since gone on to become the most played PC game in the world and a key driver of the explosive growth of esports. Whether you're in Rio, Seoul or Moscow, you can find an excited and engaged community of League players. Delivering content to a global audience of millions of players whilst also building new games affords Riot's Engineering discipline with a mountain of exciting and technically complex challenges. That's where you come in.

Riot engineers bring deep knowledge of specific technical areas but also value the opportunity to work in a variety of broader domains. As a Senior DevOps Engineer, you'll also dive into projects that focus on team cohesiveness and cross-team objectives. You'll lead without authority and provide other engineers with a clear illustration of extraordinary engineering.

As a Senior Backend Engineer on the Team China Technology team, you would be the technical authority at the rare intersection of Riot's products and the massive Tencent infrastructure that supports us in China. Our customers are the hundreds of Riot Engineers who build and support League globally, as well as the millions of League of Legends players in the region. We're focusing first on this critical initiative: improving Riot's operational visibility into League of Legends in China. We also drive technical collaboration and execution between Riot and Tencent engineers to expose, process, and visualize operational data (configuration, versions, metrics, logging) for the largest deployment of League of Legends in the world.

* Technical authority: You've spent 7+ years pursuing serious engineering challenges, both as a developer and as an operator of critical Production systems. Specifically, you have:
* 90% of the technical qualifications of a Sr. Software Engineer
* Deep hands-on experience with Linux system internals and L2-L7 networking
* Adaptable: You quickly adapt to new challenges, even if it's outside of your expertise. You thrive in startup environments, are familiar wearing multiple hats, and have a track record of learning new skills across a wide range of domains + disciplines.
* Clear communicator: You drive clarity in communication, by being concise and articulate. You listen well, you build strong relationships, and bring visibility to technical decisions made on your team to the broader company. You're fluent in Chinese and English, and can drive effective collaboration with Chinese-speaking engineers.
* Strong decision-maker: You utilize a rigorous framework for making decisions in ambiguity. You make trade-offs explicit, when balancing the long-term strategies and short-term tactics. You know when to call for help.
* An Engineer that others want to partner with: You have a positive, outgoing, and empathetic personality that lets you operate successfully in high demand situations. Instead of making empty complaints, you come prepared with potential solutions. You seek constructive criticism of your designs, and can anticipate potential future issues.