Innovation. Sophistication. Optimization. This is our passion.

Worldwide, the Volkswagen Group has a long tradition of dramatic innovations. The Volkswagen Group with its headquarters in Wolfsburg is one of the world’s leading automobile manufacturers and the largest carmaker in Europe. The Group comprises twelve brands from seven European countries: Volkswagen Passenger Cars, Audi, SEAT, ŠKODA, Bentley, Bugatti, Lamborghini, Porsche, Ducati, Volkswagen Commercial Vehicles, Scania and MAN.

Here in the US, we are blending German engineering with American ingenuity. Located in the heart of Silicon Valley, the Volkswagen Electronics Research Laboratory (ERL) is becoming the epicenter of vehicle electronics expertise in North America. The ERL team of engineers works with researchers and development teams in the US, Germany and across the globe. Our mission is to develop innovations and technologies for future generations of cars, and to transfer technologies from many industries into the automotive domain.

We are a team of engineers, designers, scientists, psychologists, and more. We blend our craftsmanship with bold new ideas, bridging the gap between Silicon Valley innovation and the automotive industry. When the Volkswagen Group embraces the Silicon Valley spirit, the future gets here a lot faster.

We look at a car as an extension of your connected life, so it needs to behave that way. In this hyper-connected world, your experiences need to be seamless. Whether it’s advancing piloted driving or accessing your digital world from anywhere, we are building products that give you freedom to choose how you want to move.

Past, Present, and Future.

2014 – Sound Journey
Designed and developed a one-of-a-kind Volkswagen MirrorLink application that dynamically generates a soundtrack for your trip by using driving data in realtime.

2013 – iBeetle and Beetle App
Created a unique experience for the 2014 iBeetle which features functions such as Spotify control, extended on-board instrumentation, drive trainer, and sending digital postcards from your location.

2012 – ERL and Italdesign Geneva Show Car
Teamed up with Italdesign to combine cutting-edge vehicle styling with a state-of-the-art user experience. The result was Brivido, a one-of-a-kind vision of the future.

2011 – Belmont Center Opening
Celebrated moving into our new facility with an opening Tech Day event that showcased our diverse and innovative approaches to the future of mobility.

2009 – VAIL Opening at Stanford
Supported the creation of the Volkswagen Automotive Innovation Laboratory (VAIL) located on the Stanford campus with an initial investment of $5.75 million.

2008 – iPod Integration
Developed in-car connectivity for the iPod in collaboration with Apple.

2005 – DARPA Challenge Winner
Established our leadership with driver less technology by winning a 175-mile course in desert terrain with no human guidance, no driver and no remote control.

1998 – ERL Begins Operations in Silicon Valley
Founded in August 1998, the ERL began operations in October of that year with three employees 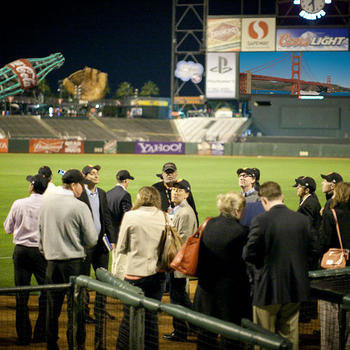 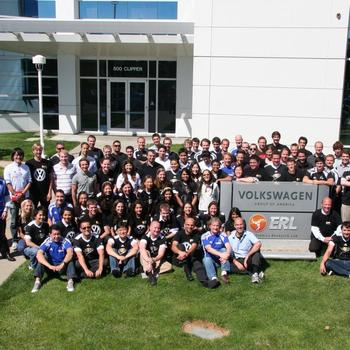 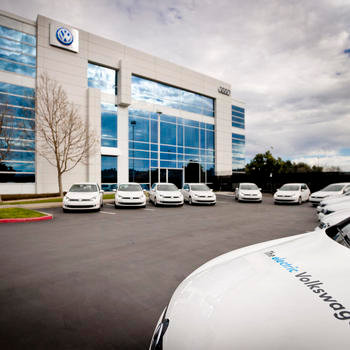 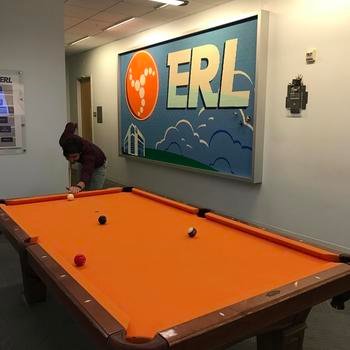 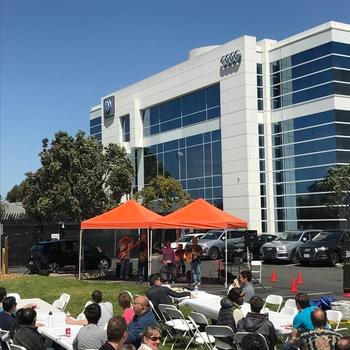 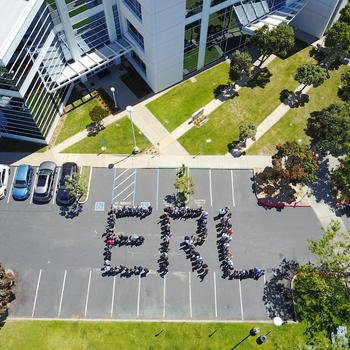