TinyCo is the San Francisco-based mobile gaming powerhouse responsible for app store chart-toppers like Tiny Monsters, Tiny Village and Tiny Zoo Friends. Our games consistently reach the top grossing charts on the iTunes, Google Play, and Amazon app stores, often maintaining top positions for months or years at a time. We’ve been recognized as one of the first to crack the code on monetizing the Android platform, and our games have been downloaded more than 85 million times worldwide. We’ve grown exponentially since our founding in 2009, consistently raising the bar for success along the way.
We raised $18M in series A funding from Andreessen Horowitz in 2011, and recently announced $20M in additional funding led by Pinnacle Ventures and Andreessen Horowitz. TinyCo is growing fast! 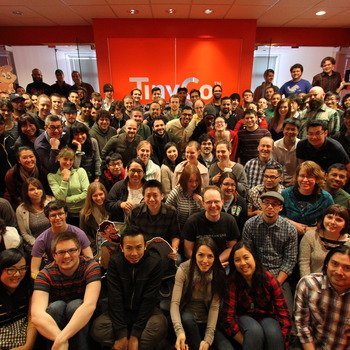