Not long ago, the Internet was a place of anonymity by default. It lacked a universal method of security based on identity. To keep users, data and applications secure, corporations were forced to isolate their networks from the Internet and place everything of value behind their firewalls. Everything that was presumed good, known and trusted was placed in a 'green zone' inside the corporate network, separate from the unknown, untrusted outside world -- the Internet.

This balkanized method of security worked for a while. But the world changed. And entropy won.

The rise of SaaS in 2006 moved some corporate applications outside the enterprise firewall. Quickly followed by the invention of the smartphone, users took their new mobile devices, tablets and company-controlled devices off the corporate network. Fast forward to 2015, cost reductions and mass availability of cloud infrastructures such as Amazon Web Services and Microsoft Azure drove enterprises to turn down their data centers, moving corporate applications to the public cloud. They saved billions in the process. But the old paradigm of security essentially became obsolete, turning the firewall into an abandoned artifact of the cold war era in cybersecurity. 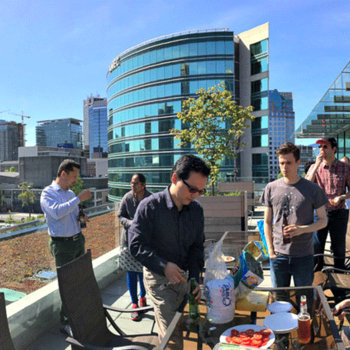