HealthCare.com (corporate name is Healthcare, Inc.) is comprised of an experienced team of entrepreneurs, engineers, online marketers, product developers, data scientists and healthcare experts. We were founded in 2014, and formed with the mission of building a world-class web application (and eventually mobile) to help our users to become better healthcare consumers.

Our starting point was a unique web asset, the HealthCare.com domain name, which has been owned by our founders for the past 8 years. It was orignally part of a previous company that the founders successfully sold in 2011. But the domain name ownership kept with the founders throughout this period.

In 2014, the possibilities of what could be done in consumer healthcare changed with the first enrollment period of Obamacare. Healthcare is 17% (!!!) of GPD in the U.S. For individuals who purchase their own healthcare coverage, it’s a sizable recurring expense. Even if you have coverage from an employer, you may still be responsible for many of your own expenditures. Despite all of this, it’s incredibly difficult to make healthcare purchase decisions.

It’s hard-to-understand the costs. There’s not a lot of transparency. And there are not easy tools to shop around for better care and less expensive care. Nor even tools to help you keep track of it all.

With our experience and available assets, we envisioned an online search platform that would make it easier for consumers to sort through all of the new healthcare coverage options that were now available to them. Our goal is to build HealthCare.com into the most recognizable consumer healthcare brand, destination and application in the U.S. (saying only U.S. right now because our healthcare market is very different than the rest of the world’s).

In late 2014, HealthCare.com was seeded with $7.5M from founders, and some prominent individual investors such as Jeff Boyd and Bob Mylod, who led The Priceline Group to become one of the most valuable internet business on the planet. We launched the first version of a search and comparison tool for individual healthcare consumers in October 2014, and continuing to improve upon it. We have been steadily building an ad-supported business that surrounds it. In less than a year, we’ve built a company with revenue in the millions, while still early enough along the evolution of the core search and recommendation product for key hires to make a sizable imprint in the future of the company.

In terms of the business, we have a strong roster of performance-driven advertisers, and a growing base of direct carrier relationships. In addition, we’re building out new forms of proprietary advertising, and third-party publisher solutions to expand our reach. As we build out the core product, we have a core competency in user acquisition, particularly in paid channels, and will use this to get to scale.

To this point, we have had a distributed engineering team. As we take the next step in our progression, we’re looking to build out our engineering, product and design team in New York City. A+ players are wanted to be a core part of this team. And culture matters greatly, particularly as we expand our presence in NYC.

While we have a big vision, we are a start-up and operate as a start-up. We're looking for people who want to be part of a company at this relatively early stage. 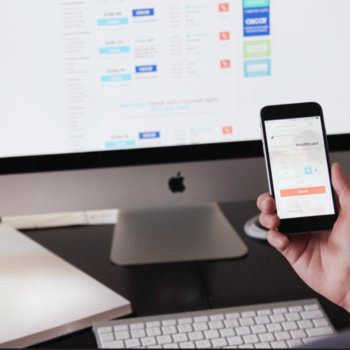