Like many good ideas Victor was born out of personal need. The CEO, Clive Jackson owns a second home in Mallorca and used to travel between there and London on BMI. The service was cancelled in 2009 and the concept of Victor was conceived.

Frustrated that BMI was closing the route, he quickly polled his fellow business-class passengers to see how they intended to get to Mallorca in future. He left the flight with eight business cards and the idea of setting up an online service to offer consumers the ability to easily search for and book private jet charter without the requirement of a middleman.

Clive was driven by the mantra of enabling customers to get more hours out of their day through the flexibility of private aviation. He also soon learned that private aviation was stuck in an era where charter prices were not being displayed on brokers' websites and when a rate was given it was up to the customer to guess the mark-up that was included. The problem was magnified by the bewildering array of aircraft options ranging from size to power to speed and range.

Fittingly it wasn't the government which opened the industry to competition, but the private sector and Victor has led the way. A beta service was initially offered through flyingmajorca.com but by the end of 2010, the destinations had expanded well beyond one island, and a name change was due. Victor was officially launched in August 2011.

Victor was selected as the brand name as it has personality and personifies the type of member that uses our service. Victor is also closely connected with the aviation industry as it is part of the NATO phonetic alphabet and Clive wanted a name that would work in 23 different languages and mean the same thing and Victor - ‘victorious’ - means just that.

Victor is revolutionising the private jet market and bringing it into the 21st century. In only three years Victor has already carved out a position within this $14bn global industry, dominated by intermediaries and lacking in transparency, and become the number one online marketplace for on demand jet charter.

Victors tech-first approach, seeking scalability and operational efficiency, has resonated with consumers and investors and to allow the business to continue its expansion, is seeking a number of developers to help us develop our products.

As a technology team we aspire to the hacker culture. We care about what we do. We want to produce simple, elegant solutions to difficult problems. We take pride in getting the job done right. We want to improve as individuals and improve the team and wider organisation around us.

We choose the best tools for the job and right now that's mostly node and Angular, with MongoDB. We have a smattering of Python, and a .net application that's slowly being retired.

Our interview process is simple, we do a phone interview, then ask you to do a recorded video interview for us that focuses on who you are, and then come and spend some time pair programming with our team before a conversation with our CTO. 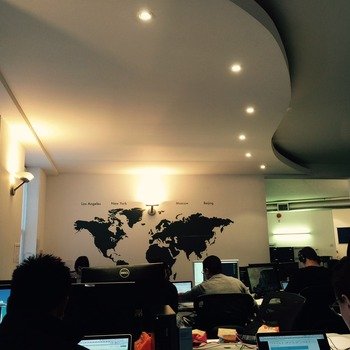