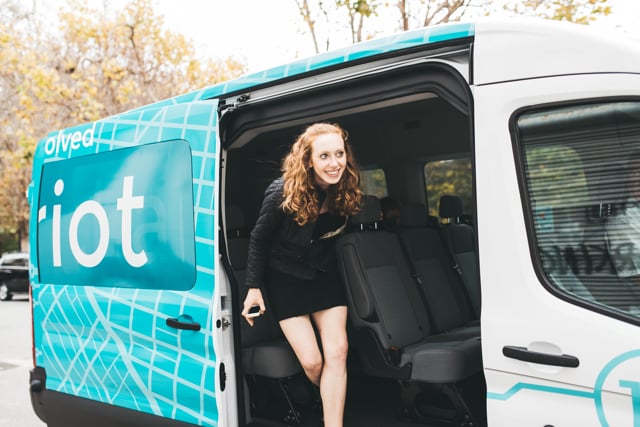 Chariot's mission is to become the world's first profitable mass transit service by crowdsourcing a network of commuter shuttle routes that provides a fast, reliable and affordable service using new Ford Transit 15-passenger vans. When a critical mass of future riders 'vote' for a particular route, Chariot launches its service, typically between popular residential and work areas — as well as transit hubs like commuter rail stations, ferry terminals and bus depots — providing commutes in half the time as public transit and a fraction the cost of ridesharing.

Founded in 2014 in SF, Chariot has expanded to Austin, TX and has over 30 routes, providing tens of thousands of rides per week. The company participated in Y Combinator's Winter 2015 batch and was acquired by Ford Smart Mobility in September 2016. As a cornerstone of Ford's urban mobility strategy, Chariot has the mandate and resources to scale its concept worldwide, and will expand to at least another 5 markets worldwide in the next 18 months.

Imagine working on a product where you can actually meet your daily users and see their frowns turn into smiles. It's the single most satisfying aspect of working at Chariot. We're very ambitious, we work smart so that means we're constantly experimenting on how to get things done better and faster. A lot of what we're doing is unchartered territory and as the market leader in the "New Commute", we have to move fast and try different ways.