It started in 2004, with three longtime college friends and a puppy named Lucky rooming together in a small West Los Angeles apartment. They decided to form a new telecommunications company, working out of their cramped living quarters. Not long after, they were joined by two other buddies from school. And thus was formed the five-person historic core of our company — the CallFire partners — who can be seen in one of the above pictures.

Since then, CallFire has grown into a multimillion-dollar company with nearly 100 employees. Our headquarters are housed on two floors in downtown Santa Monica, Calif., with satellite offices in Hoboken, N.J., across the river from Manhattan, Kiev, the capital of Ukraine, and Penryn, Cornwall, in the UK. We've garnered hundred of thousands of customers, including major companies, political groups, nonprofits, insurance agents, small business owners, educational institutions, government agencies and marketers.

If you join us at our Santa Monica, Calif., headquarters, you’ll enjoy a company provided lunch on Thursdays, as well as lots of free beverages, snacks, fruits and vegetables in the well-stocked kitchen. Periodically, you may see a game of ping pong or a nerf gun fight break out. Or, just perhaps, an AR.Drone may suddenly and mysteriously take flight. Most days, you'll surely spot a dog — Ronak, a beautiful Chocolate Labrador — in our offices. Thus, we hope you are as canine crazy as us! 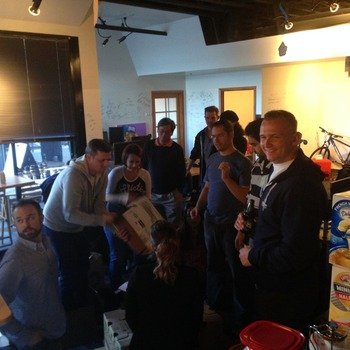 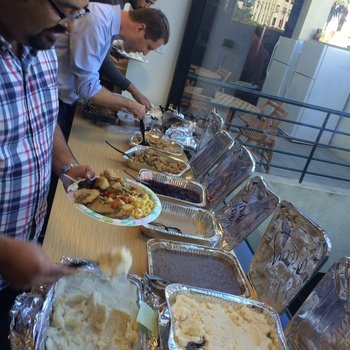 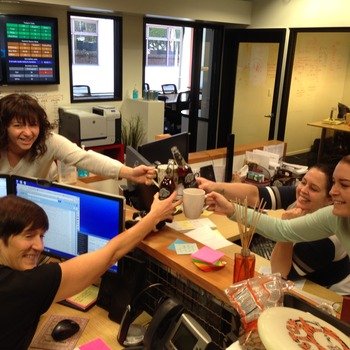 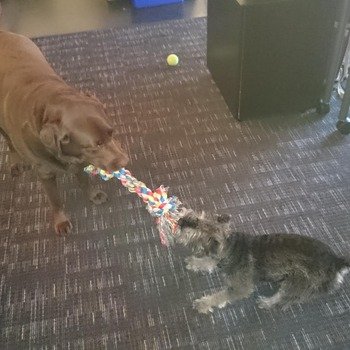