If there’s one term that dominated the conversation in technology over the last year, it was without a doubt “digital transformation”. Representing a broad, far-reaching concept, this multifaceted movement towards modernization of business processes largely boils down to one, straightforward takeaway: every company is now a tech company. Whether your business is computer chips or potato chips, your company roadmap is filled with countless software engineering projects, each requiring significant time, money and, most important of all, talent.

Many of us understand “every company is a tech company” intuitively, but few have been able to quantify that trend. No one has access to company roadmaps en masse. However, there is one very clear window into the priorities and investments that will shape each and every industry for the foreseeable future: hiring.

Each year, Hired releases our State of Software Engineers report to provide actionable insights based on proprietary data from more than 10,000 companies and millions of job seekers. We then combine that data with thousands of survey responses from top tech talent across the globe, diving deeper into their wants, needs, and expectations. The results are often compelling, surprising and, most important of all, extremely valuable to the candidates and companies looking for clarity in the hiring process.

Last year’s 2019 report was the first year we made our proprietary data public, which imbues this year’s report with special significance in the form of year-over-year trends

Whether it’s the unexpected explosion of demand in AR/VR  talent, the consistently high salaries commanded by machine learning experts, or the growing need for engineers skilled in Google’s Go language, the detailed breakdown contained in this year’s full report shows some compelling micro-trends well worth noting.

The hottest jobs in engineering

Over the last year, hundreds of thousands of interview requests came through Hired’s marketplace, giving us (and now you) a rare look at what jobs and skills are most in-demand at thousands of the world’s most innovative companies.

Each year, there appears to be a trendy new role that explodes onto the hiring scene. Last year, that unexpected “dark horse” was the blockchain engineer, while 2020 seems to be the year of AR/VR (with demand increasing by +1400%). It’s worth noting that demand growth for blockchain engineers slowed to 9% this year, normalizing from its explosive 517% growth last year.

We see the growth in AR/VR demand as a direct reflection of the technology itself coming of age for a broader swathe of business outside of gaming. From beauty companies like Sephora to furniture retailers like Wayfair, many different types of companies are embracing the capabilities of these world building and enhancing technologies.

Analyzing Hired’s marketplace of tens of thousands of job offers is the most accurate representation of the salaries offered to top tech talent in various roles and markets across the globe. 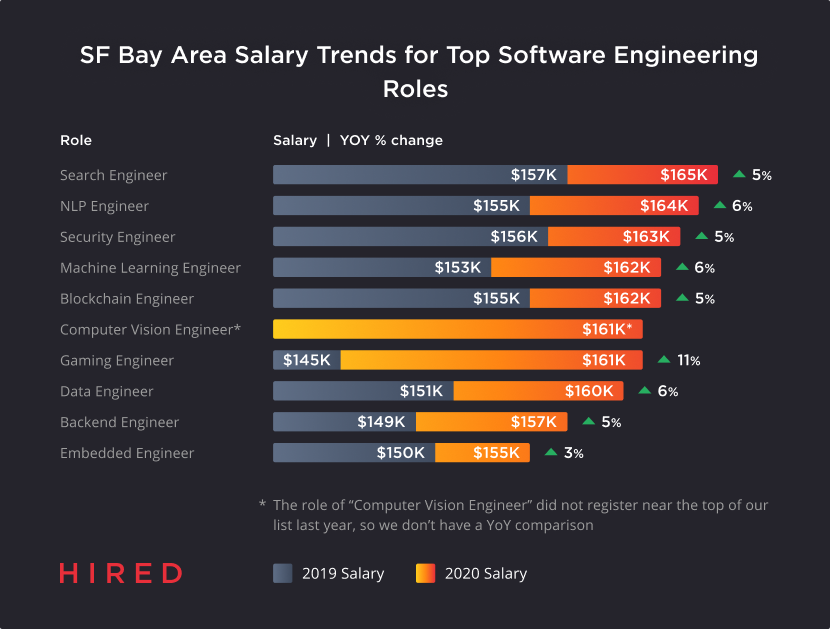 Other highly paid constants across markets are the roles of NLP (Natural Language Processing) engineer, security engineer, and gaming engineer, all of which cracked the top 10 highest paid roles in at least two Hired markets.

The Most In-Demand Skills

Core to finding the perfect match between a candidate and company is a clear assessment of skills: where they are most needed and which candidates bring them to the table. While there are many skills that make a top-tier engineer, their experience with specific coding languages tends to set them apart.

In last year’s State of Software Engineers report, the candidate skill sets that made them the most in demand on the marketplace were candidates with Google’s Go and those candidates have only become more in demand in the last year. 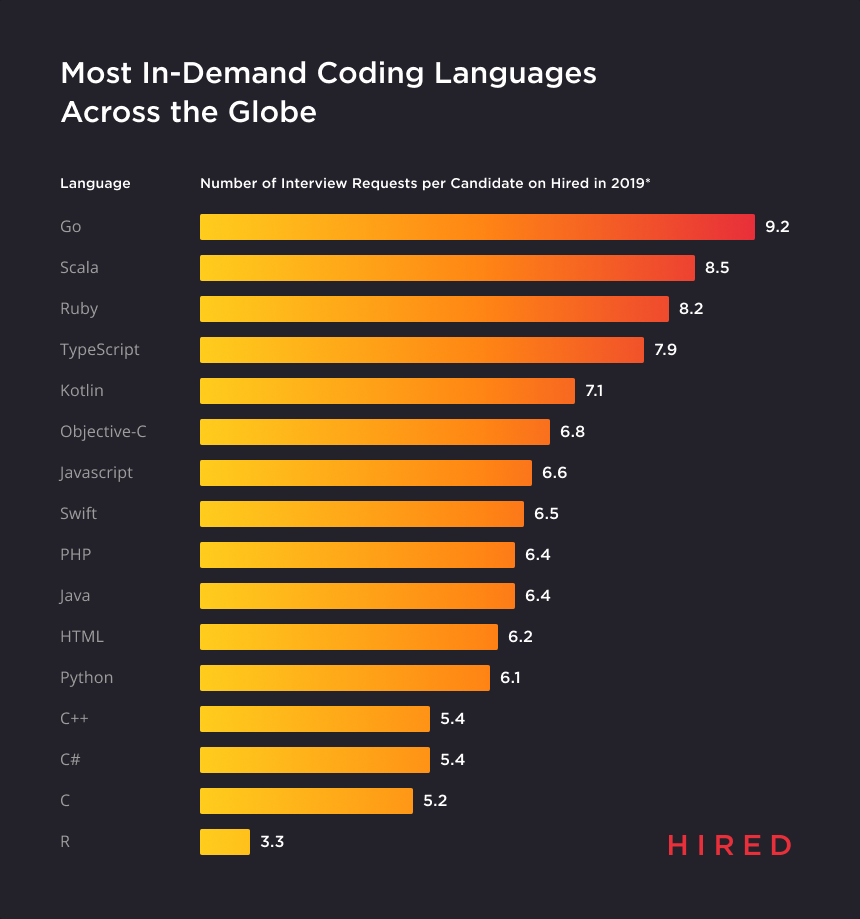 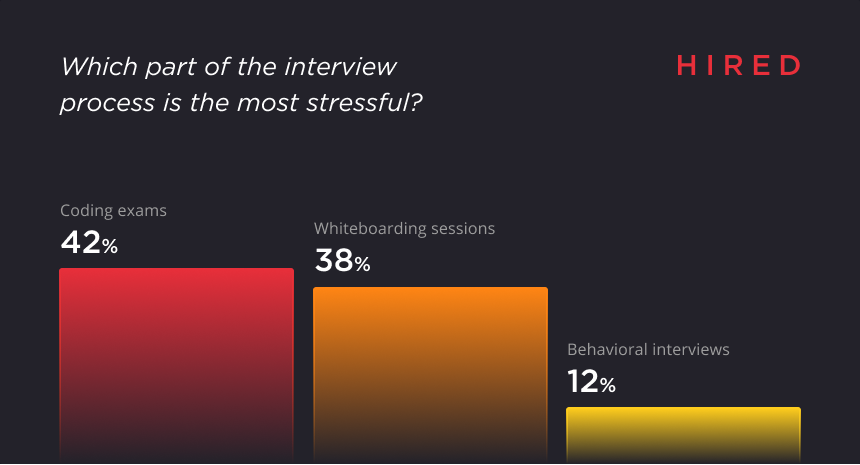 We are strong believers at Hired that the hiring funnel is just as important as the revenue funnel. That mantra has been a part of our DNA since day one and, over the years, we’ve seen more and more businesses champion the exact same mindset. To that end, we need to treat hiring decisions with the same data-driven approach that we apply to revenue growth decisions. We’ve designed this report with that goal in mind and aim to empower innovative companies with the insights they need to hire top tech talent.

Over the past several months, the number of employers on Hired has doubled. We have 700+ companies in our…