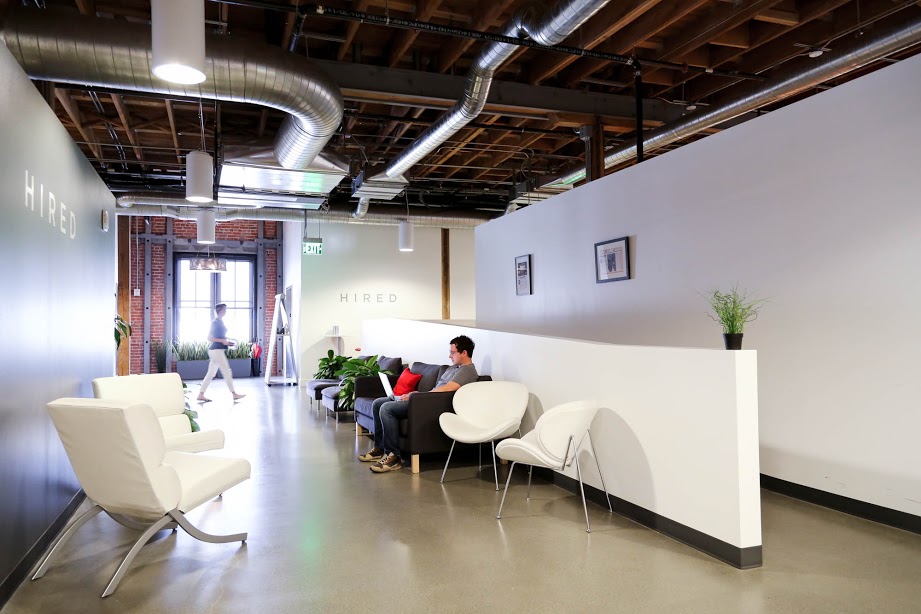 My path to becoming CEO of Hired has been an interesting one. Prior to this role, I worked at startups, technology behemoths, a VC firm and even at multinational law firm. I’ve done sales, business development, marketing, operations and served as in-house counsel. Along the way, I’ve lived on two coasts and three continents, made it through two bubbles and a recession, and had three children. Through this process, I’ve been fortunate to be able to try my hand at a number of different things and even more fortunate to have found the thing I’m most passionate about: building marketplace companies.

Marketplace is a word we hear a lot these days, and for good reason. Setting aside exits or valuations or any of the other things that distract us from measuring the true significance of a given company, it’s clear that the companies with the most potential and the biggest impact are, in fact, marketplaces. They change entire industries from the ground up. They transform the way that millions of transactions – big and small – are done. They have the potential for incredible returns, and are incredibly difficult the build. This potential and this challenge are the things that first attracted me to Hired.

But what made me actually join the company was the realization that we have the opportunity to touch people’s lives in a profound and important way.

When you think about the most significant decisions in your life, the ones that impact you on a daily basis, where you work is likely at the top of the list. For most of us, it’s second only to choice of significant other in its importance. And yet, the apparatus by which we make this decision is incredibly poor.

Stop and think about this for a moment. You can get groceries, a ride to work or a massage at the touch of button, but the tools at your disposal to find a new job haven’t changed in 50 years. That’s pretty mind blowing. It’s also at the core of Hired’s mission: to create a career marketplace for the world’s knowledge workers. To change the perception that finding a job has to be a job. To give control, transparency and information to the talented people whose work has a disproportionate effect on their respective companies.

Along with Hired’s founders, Matt, Allan and Doug, I’ve spent the last 3.5 years building a team of nearly 200 amazing individuals who believe in this mission. Today, at the dawn of 2016, I couldn’t be more hopeful about where Hired is headed. Over the last three years, we’ve more than tripled annually across every key business metric, including revenue, candidates placed, and participating users and companies. 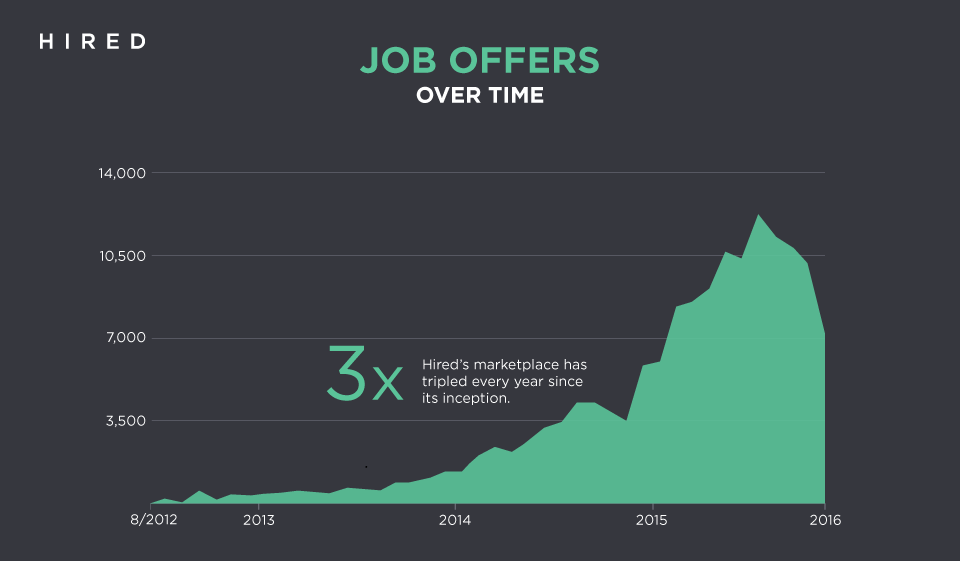 We’ve had nearly half a million individuals apply to be a part of our marketplace. We’ve had more than 100k interview requests and $15B in offers. We’ve launched in 14 cities and three countries and are gearing up for further international launches. We’ve diversified into new job categories (sales) and horizontals (freelance), with more planned for the coming months.

Now, thanks to a new infusion of $40mm in Series C funding we’ll be able to fundamentally change the way people think about recruiting. During the fundraising process, our conviction about the importance of Hired’s mission and the strength of our business was validated by the fact that, despite the current climate for late-stage funding, we were approached by more than 30 firms. I’m happy to share the news that our lead investor for this round is Lumia Capital, a firm with a passion for our business and a deep experience helping to scale companies like Hired internationally. Together, we feel poised to take on the $700bn global recruiting market.

In addition to this new round, we’re kicking off the year with a series of strategic acquisitions that will help us accelerate our international expansion and advance the technology that powers our marketplace. On the international front, we’ve already seen a strong appetite for Hired in markets around the world, and we’ll be hitting the gas pedal on expanding into new cities and countries.

With the help of the individual who ran sales for LinkedIn China, we’re pushing into Asia, starting with a soft launch in Singapore. And thanks to the acquisition of a Melbourne-based startup, Jobbop, we’ve also launched in Australia. Lastly, we’re expanding our European footprint as the result of our acquisition of Breaz, a Parisian startup that has made a name for itself connecting tech talent with a roster of more than 600 local companies. 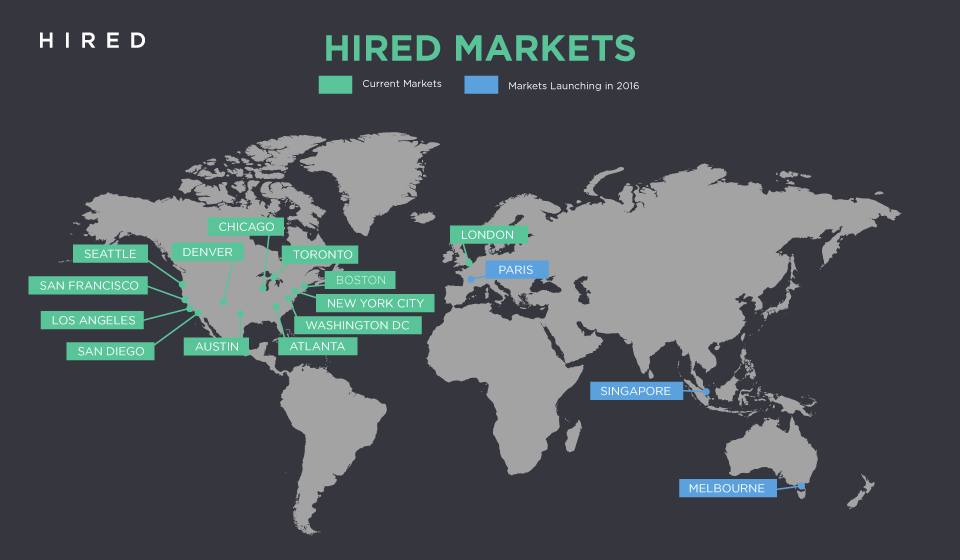 A third acquisition, which is our largest to date, will enhance Hired’s data science and matching technology to effectively scale our marketplace. Zlemma has helped the likes of Walmart, Google, Amazon and Facebook improve their talent searches through a semantic search engine that matches candidates with open jobs. In addition to bolstering our existing data science team, Zlemma’s technology, which has 13 patents pending, will help improve our curation process and the search experience for employers on the Hired platform.

I could draw plenty of analogies between our business and other well-known marketplace companies reimagining massive and massively broken industries that have not seen change in decades, but instead I’ll just say that I feel confident we’ll soon take our place among them. All of the pieces are in place for us to scale business exponentially and to make Hired a household name. What’s more, I hope that we become known as a company that’s doing something really important. Not just delivering your dry cleaning or walking your dog, but giving you the tools to make a critical life decision with ease. There’s work to do yet, but I know we’re already well on our way.

In 2012, Hired co-founders Matt, Allan and Doug came up with the idea for Hired over beers at a…