I’ve always believed that choosing where you work is the second most important decision someone will make in their life, next to choosing a life partner. However, finding a job you love can prove challenging if you’re not equipped with the right resources and insights.

At Hired, we know people are the foundation of every great business and believe that transparency is critical to making hiring both equitable and efficient. That’s why we’re committed to regularly sharing data that arms candidates with the right information and empowers companies to build strong teams. Today, we are releasing our 2019 State of Salaries report for the fourth consecutive year. The report looks at salary trends for global technology workers, including software engineers, product managers, DevOps, designers, and data scientist roles.

For this report, we analyzed 420,000 interview requests and job offers facilitated through Hired’s marketplace of 10,000+ participating companies and more than 98,000 job seekers. Because our data is from real job offers made on our platform, we have a unique window into how much tech skills are worth across the globe as well as how bias affects the technology industry. In addition to digging into salary data from our marketplace, we surveyed tech talent to better understand how they view work, education and their finances. Here’s what we found.

Boston, Austin and D.C. are giving San Francisco a run for its money

Unsurprisingly, the San Francisco Bay Area comes out on top for the fourth year in a row as the highest paying market for tech workers, with salaries up 2% in the last year. However, many cities — nationally and globally — are catching up. The average Boston tech worker was paid 9% more in 2018 than in 2017 — and tech workers in Austin and Washington D.C. aren’t far behind, making 6% more than last year. Paychecks are growing even faster in Toronto, Paris and London.  ` 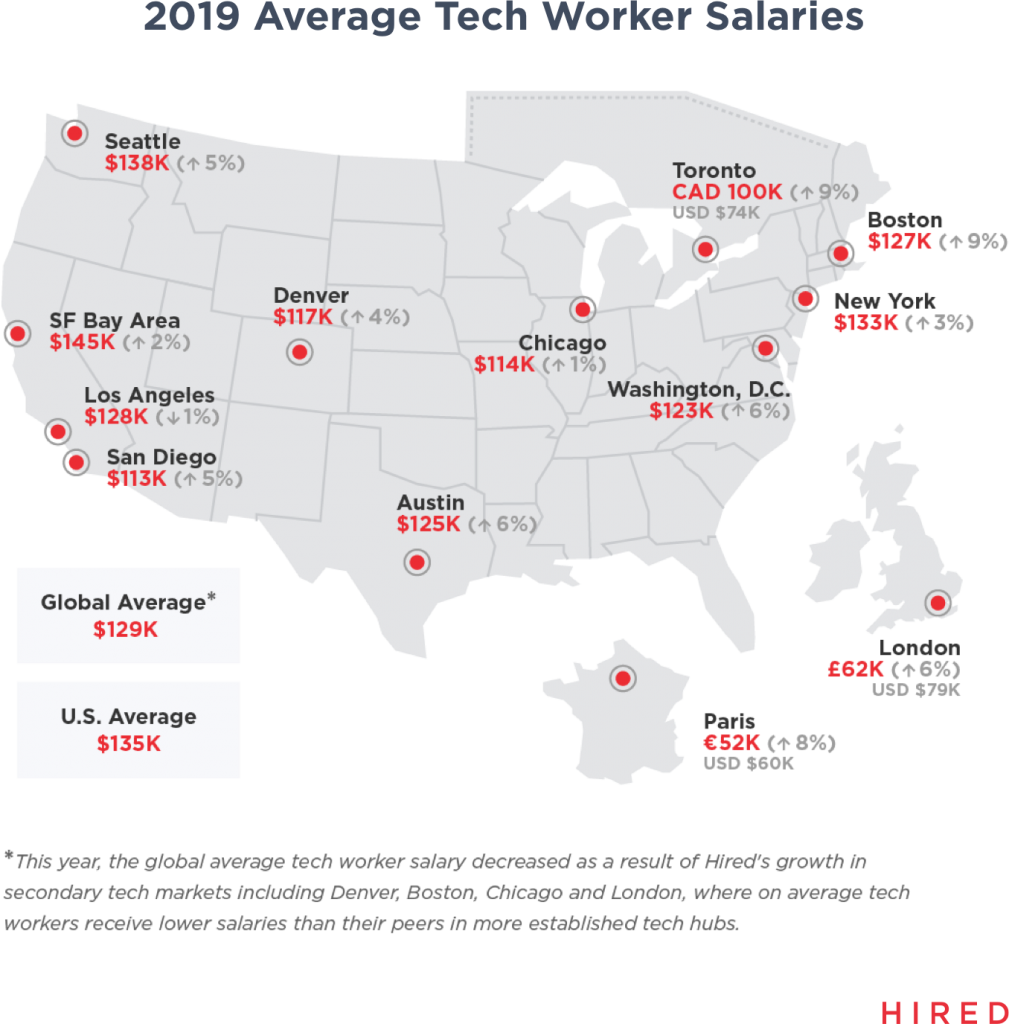 But expectations may be rising even faster than salaries. One in three tech workers expects a raise within eight months of starting at a new company if they receive a positive performance review, and more than half (54%) would not forgo a higher salary for company equity.

While the Bay Area can claim it pays tech talent the most, the high cost of living leaves workers still feeling strapped. To see how other cities fare in comparison, we asked, “How much further do tech salaries stretch in other cities compared to San Francisco?”

For the third consecutive year, Austin tops the list at an adjusted salary of $208K, meaning Austin tech workers would need a $83K raise to maintain their current standard of living in San Francisco. Denver and Seattle follow close behind, and tech workers are taking notice. When it comes to desirable cities for relocation, Austin, Seattle, and Denver landed in the top five for destinations where tech talent would be most interested in moving to. survey respondents would most like to relocate. 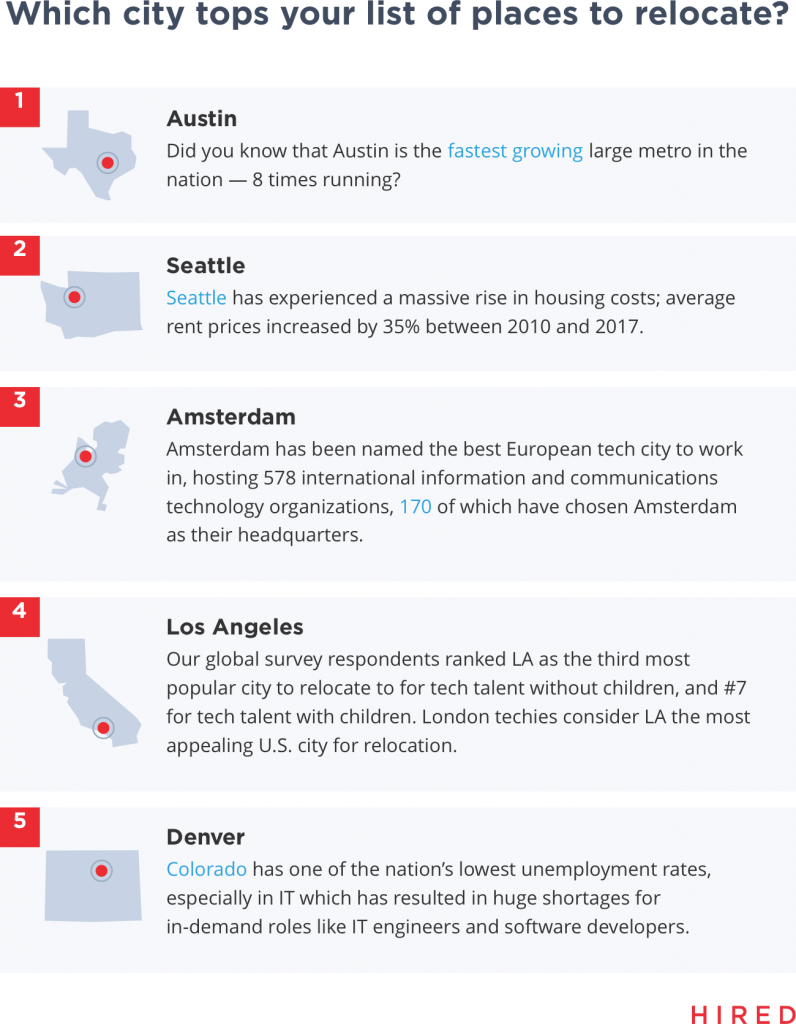 The wage gap for black tech workers is widening 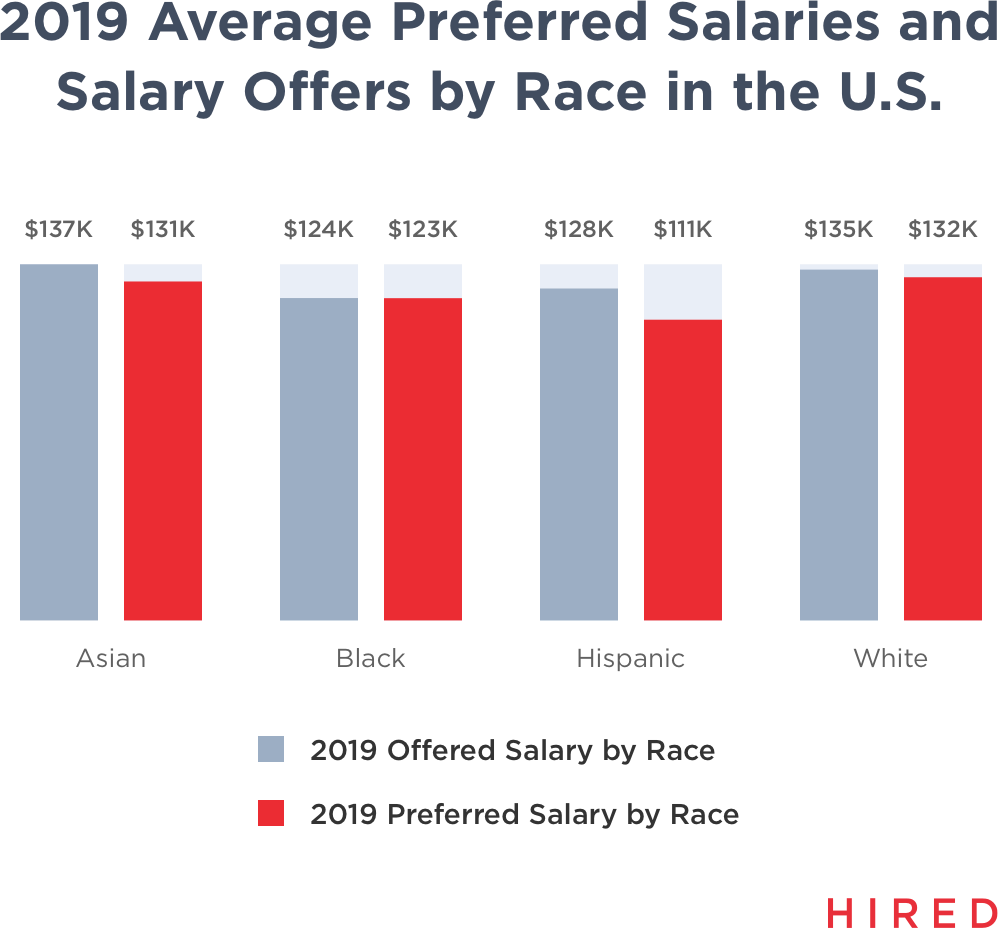 Your Master’s and PhD degrees – is it worth it?

Earning an advanced degree can have a lot of benefits, but many tech workers struggle to decide if it is worth the financial investment. We set out to find out and the verdict is unclear: 31% say they could have the exact same job without an advanced degree, but 1 in 4 say the opposite. Nearly half (45%) of respondents uninterested in pursuing an advanced degree say on-the-job experience is more valuable. 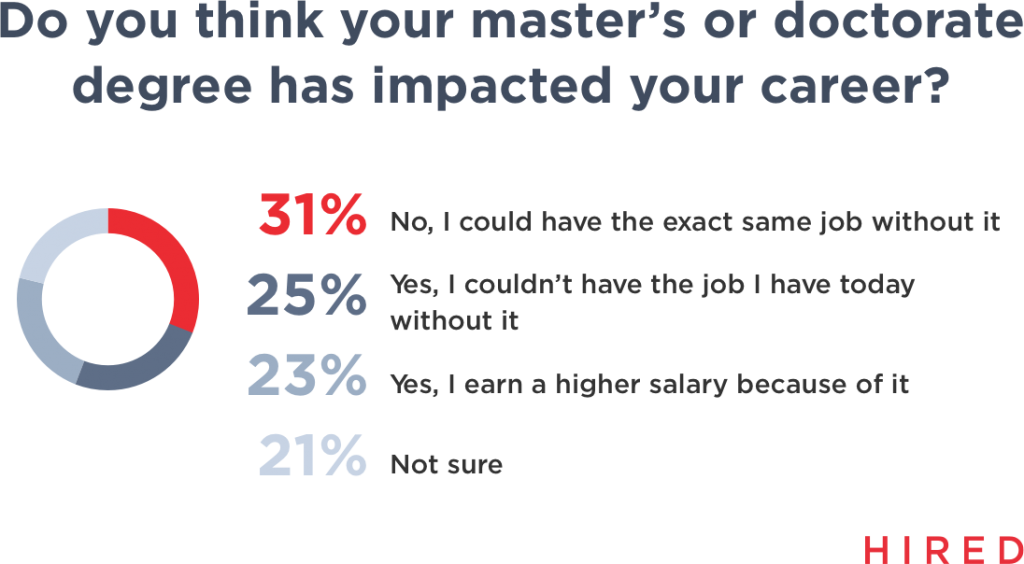 Talking about money can be uncomfortable, but avoiding the subject only perpetuates the problem. At Hired, we believe transparency is key to transforming the hiring process industry so we regularly release data to empower tech talent candidates and companies to have honest and informed conversations about compensation. Our hope is that ultimately, this transparency will make hiring more predictable, efficient and equitable for everyone.

Canada may be cooling down for the winter, but its tech scene is heating up. In recent years, Canadian…

At the heart of Hired’s marketplace is our mission to get everyone a job they love. Diversity, Equity and…

One of the most important parts of our mission at Hired is adding transparency to the job search, especially…