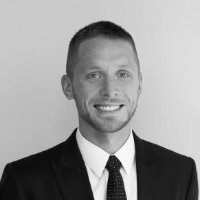 In an effort to monitor shifts in the job market and examine trends for candidates and companies across the tech sector, the data science team at Hired analyzed our proprietary hiring data from the first half of 2016. Findings from the first Hiring Pulse Report indicate that the tech market is still thriving, despite rumblings of a tech slowdown.

Because Hired facilitates the job search process from the initial interview request all the way to the final job offer, we have unprecedented visibility into the hiring needs of tech companies and the salaries they offer. The Hiring Pulse Report data is from Q2 2016 and was pulled from an analysis of thousands of interview requests on Hired’s platform.

A LOOK AT THE GLOBAL TECH JOB MARKET

Product management is the most lucrative career in tech.
Product managers were offered more money than any other tech role. Initial offers in Q2 were $133K on average, which is 2 percent lower than offers in Q1, but still the highest in tech. Interview requests with product managers increased by 8 percent in Q2, so salaries may go up again.

Something is up with the design sector.
In Q2, designers attracted the lowest salary offers in tech at an average of $115K, which is down 2 percent since Q1. But demand is still high: the number of interview requests for design candidates was second only to software engineers.

A LOOK AT WHO’S HIRING

Early stage companies are going through an unexpected increase in hiring.
Despite chatter around the tightening funding environment, early-stage companies increased their interest in hiring new talent in Q2, and even more so than major corporations. Seed companies sent 24 percent more interview requests, while major corporations sent 13 percent more. The good news is that companies at every stage have increased the number of interview requests they’ve sent and initial salary offers have increased by 6 percent overall.

In 2020, wage inequality still persists in the workplace and this year, our data revealed a disappointing trend: the…

Over the past several years, successive British governments have prioritised growing the tech industry as a way to ensure…