Tackle Imposter Syndrome and Ask for the Salary You Deserve 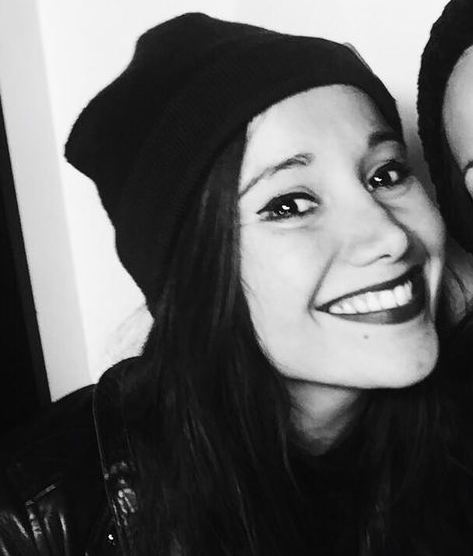 Tackle Imposter Syndrome and Ask for the Salary You Deserve

This week, Hired released its inaugural UK Tech Workplace Equality Report, which takes a deep-dive into equality among tech workers at some of the most innovative companies in the UK. The report leverages data from real job offers made by thousands of companies on the Hired platform and uncovers a pervasive wage gap.

As I read through the report, I was struck by the finding that women are asking for less money than men. Why are women asking for less than men? Our data presents two possible answers:

As a Talent Success Manager working with thousands of candidates on Hired, I’ve seen this phenomenon happen on numerous occasions. I worked with candidates who were afraid of failure or not performing in their new role, but also candidates who had no idea what their skills were worth.

Here are a few concerns I’ve heard from candidates that hold them back from asking for the salary they deserve (and how I’ve coached them through it):

“I haven’t achieved what I wanted in my previous role, therefore I can’t get as much of a salary increase in my next role”

If you have been in a role where you feel you haven’t progressed or developed your skills as much as you wanted, it doesn’t mean the time spent at the company isn’t valuable. Maybe you haven’t crafted your coding skills as much, but you’ve worked on problems, collaborated with a team, and gained knowledge and experience that another company will value. Remember that your coding skills are one piece of the puzzle when it comes to your skillset as a software engineer! Soft skills, navigating challenges, and working with a set of people is valuable experience that has also a price on the market.

“I had a career break/went on parental leave, therefore I have to start with a lower salary”

Even if you aren’t in a role right now, you have previous experience and skills that are not worth nothing! Whatever the reason for your break, you don’t have to start from zero again and discount your skillset just because you haven’t been in a role for a few months. A good way to find confidence around this is to refresh on projects you worked on, maybe start coding and practice so you feel your coding skills are a bit more fresh. Even if you had been working, you may land a role that exposes you to a different technology or programming language, and in any role you’d have an adaptation time to get up and running, so a gap shouldn’t decrease the value of your skills and past achievements.

“I’m not confident I will hit the ground running, therefore I prefer starting low and prove myself”

As a general rule, and no matter how many years of experience you have – nobody hits the ground running! In any role you will start, you will have a learning period. You have to get to know the business, the team, the current projects and challenges and find your feet. Whether it’s your first role or your 5th, everyone has to go through that learning phase to get up to speed before delivering results. The company offered you to join for a reason! You already proved your skillset was what they’re looking for to help them achieve their business goals and they expect you to learn at the beginning before delivering.

“I just want a way in no matter the level”

Being excited about joining a company is definitely a positive, but remember that employment is a two way street – this is a collaboration between you and a company, they pay for your services and should recognise your level and the value that you bring to the business. Trust what you bring to the table and how you will make an impact, that’s the start of a healthy collaboration.

Coming in at a more senior level doesn’t mean that you have to deliver quicker than anyone else. As mentioned previously, there is a learning phase in any role you will take, no matter how senior and experienced you are. A higher salary doesn’t mean that you need to work harder or longer than another employee, your salary should reflect the value you bring and how you impact a company, not how many hours you put in and it certainly doesn’t mean you should sacrifice your personal time. Skills have a price on the market, some of your skills may be more rare, you worked on a niche project, or you have experience that no one else has in the company and that they need to grow their business. Think value and impact!

Now, I have experienced these scenarios regardless of the candidate’s gender – however, our data report discovered that men tend to ask for more money and tend to negotiate their offer more often than women. The data shows the difference between men and women when it comes to how much they think they’re worth on the market: 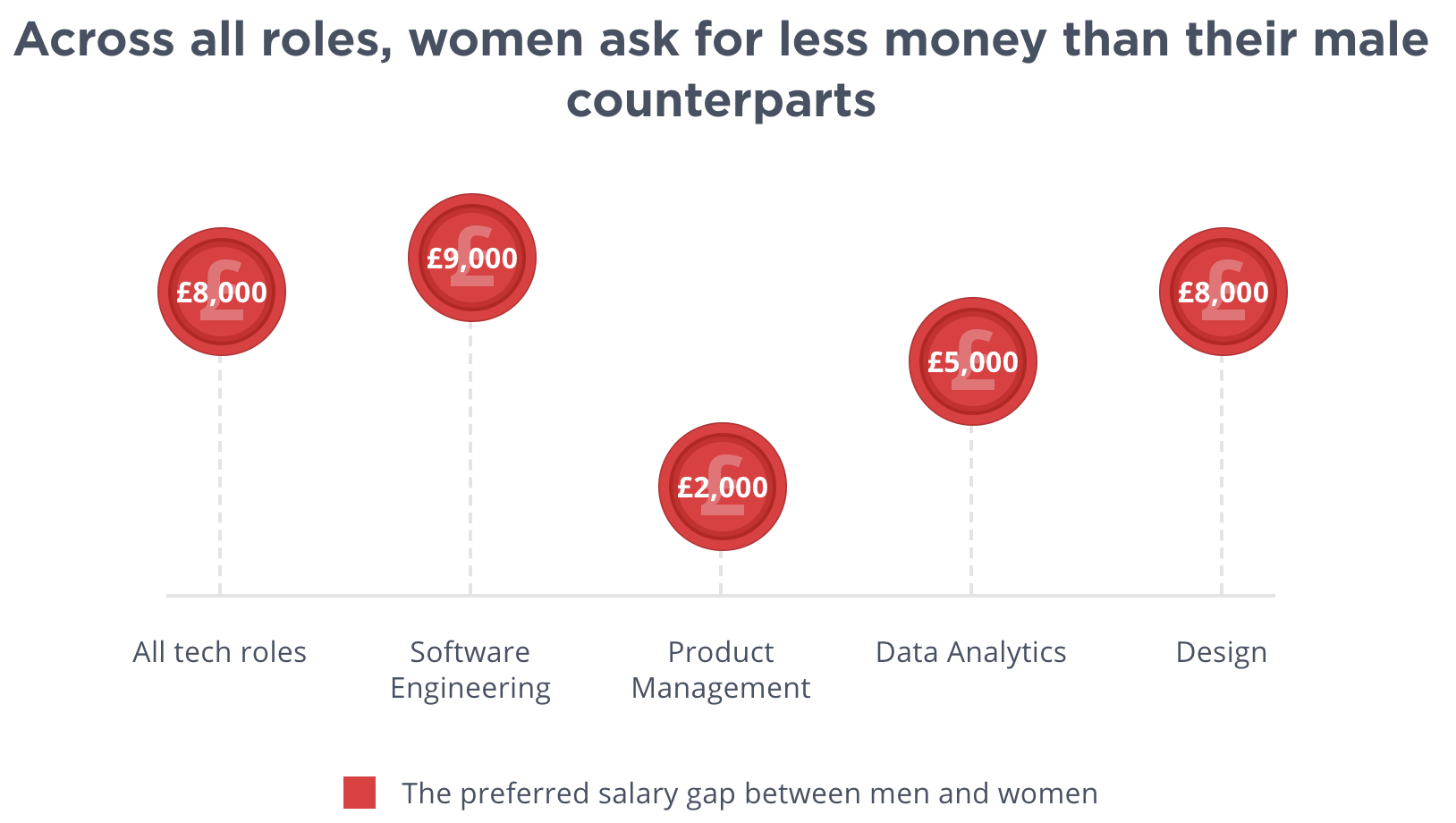 When surveyed, women predominantly believe that women “not asking for their worth” is the cause of the pay gap. More than confidence on its own, I believe market research is an important step to take early on in your job search so you know what your skills are worth and get the salary you deserve when starting your career.

As suggested in a previous post following the release of our Hired State of Salaries Report earlier this year, there are some good calculators out there to give you a range based on your role and experience, like the one on Hired: https://hired.com/salary-calculator.

Pair online research with offline research — leverage your network! We all know people that are in the same industry or the same role than us, it’s worth asking them what salary ranges their companies offer. Leverage recruitment professionals who have access to a lot of market data from working with high volumes of candidates. Talent Success Managers on Hired, for example, are a great resource to rely on and sense check what salary range to position yourself on the market.

So, you’ve made it past the initial phone screen for a new role—and they’re asked for the next step…

Parvine is an ex internal recruiter with a passion for all things candidate experience. She currently supports candidates finding a job they love on Hired as a Talent Advocate.