Your Guide to Choosing the Right Size Company: Startup vs. Corporate 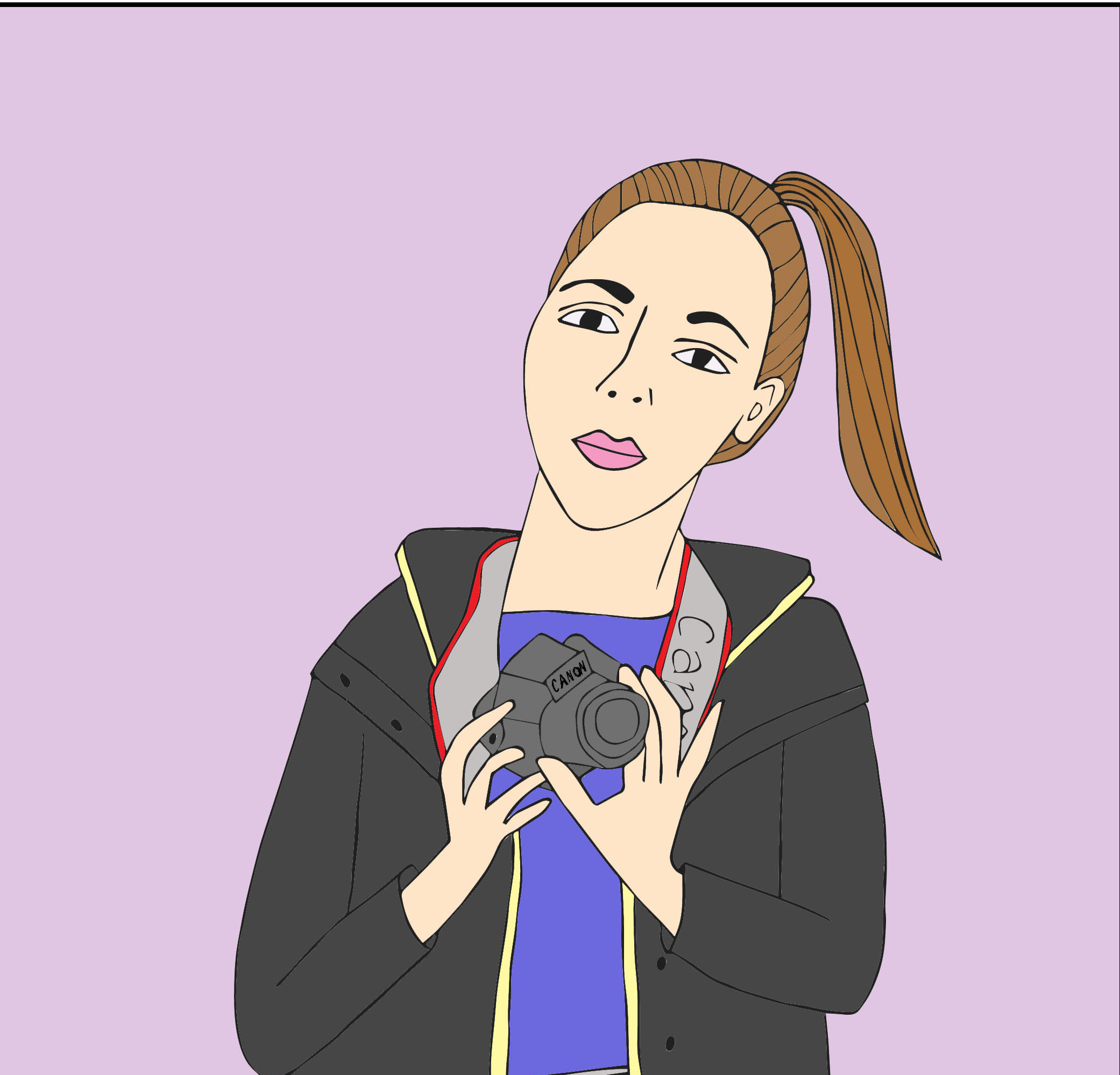 Your Guide to Choosing the Right Size Company: Startup vs. Corporate

This piece is a part of ‘The Career Strategist’ blog series

Whether you’re new to the job market, transitioning into tech, or pivoting within the industry, your experience can vary widely based on if you worked at a startup or in a more corporate setting. Apart from the actual work outlined in the job description, there are several important things to consider in regards to the team and company at large. In this piece, we’ll break down what you can expect in either route you decide to pursue.

Startup: If you’re in a technical role at a startup, specifically in software engineering, you’ll often use trendy tech stacks that allow for code to be shipped quickly. These companies often use scripting languages built for ease of development rather than raw speed. If you’re a backend engineer, your company might build their website with Ruby, Python, or Node. Frontend engineers often use similar languages and frameworks agnostic of company size, relying on HTML, CSS, and JavaScript. However, a frontend engineer at a startup might opt for more popular JavaScript frameworks like React or Angular. If you’re a full stack engineer, you may use a combination of the above.

Corporate: Larger tech companies such as Google and Amazon tend to build for scale and use compiled languages that can support their size. Backend languages like Java and C++ can provide this stability. Some of these companies make and use their own frontend frameworks, which is true of Facebook with React and Google with Angular. Full stack engineers may also use a variation of the above.

Startup: Your role at a startup, especially younger, smaller companies, might be more amorphous, allowing you to focus on your core workflow as well as side projects that support your career growth. If you’re hired as a full stack engineer, you might be able to move into exclusively frontend work where you’ve shown an aptitude. Similarly, you may be a backend engineer who dabbles in some frontend work if needed.

Corporate: Roles in corporate environments are more clearly defined and you may not have as much opportunity to work outside of your core set of responsibilities. Nonetheless, some large companies like Google have 20 percent projects, where employees can spend a few hours a week working on their own work. This opportunity may vary between companies, since large companies tend to be more regimented.

Startup: There may be more internal mobility within or across teams at a startup that is continuously evolving .Take for example a user experience designer with a background in visual design that may be able to transition into product design, where user experience and user interface design practices are combined. Likewise, a full stack engineer can work on their Python skills and get more involved in the data engineering side of things.

Corporate: Since corporate environments are more regimented, it’s usually more difficult to move between roles and teams. At some large companies, entry-level software engineers are required to work on the same team for a specified amount of time before applying to move elsewhere. If you’re hired to work on a not-so-flashy product, you’ll have to stick it out until People Ops gives you the okay to move. Similarly, it can be difficult to move from one role to another. It might not be common for a backend engineer to try their hand at frontend work since they weren’t hired to use those skills. However, large companies might have the internal training resources and mentoring opportunities to help you learn new skills should you want to pivot from being a frontend engineer to a user interface engineer, for instance.

Startup: Since startups are inherently smaller and less bureaucratic, it might be easier to receive a promotion. Startups allow employees to grow into their role and be promoted accordingly. After working at a startup for three years, an entry-level software engineer might earn a Senior Software Engineer title change. It might also be easier and faster to become a lead or manager. The ability to receive a pay raise may depend on how much is allotted in a company’s and team’s budget, which can vary based on the company’s performance and funding.

Corporate: Since corporate tech companies are larger and usually older, the need for a structured process for applying for promotions or pay raises is greater. Some companies have bi-annual or even quarterly review cycles where employees evaluate the performance of themselves, their peers, and maybe their manager. Some companies allow employees to self-select themselves for a promotion or raise. Promotions and raises may or may not be tied to these evaluations.

Startup: Tech hubs in cities like San Francisco, London, New York, and Toronto, are the homes of startups and corporations alike. However, it is much more likely to find startups located in densely packed urban centers, not far from where they’re receiving their funding and where their employees live. Since it is expensive to live in cities like San Francisco, it is common for young tech workers to live in the city or commute from adjacent cities using public transportation, while those with families might opt to live a more comfortable existence outside of the main hub. In the visual below, you can see the average salaries for tech workers across a various US markets. 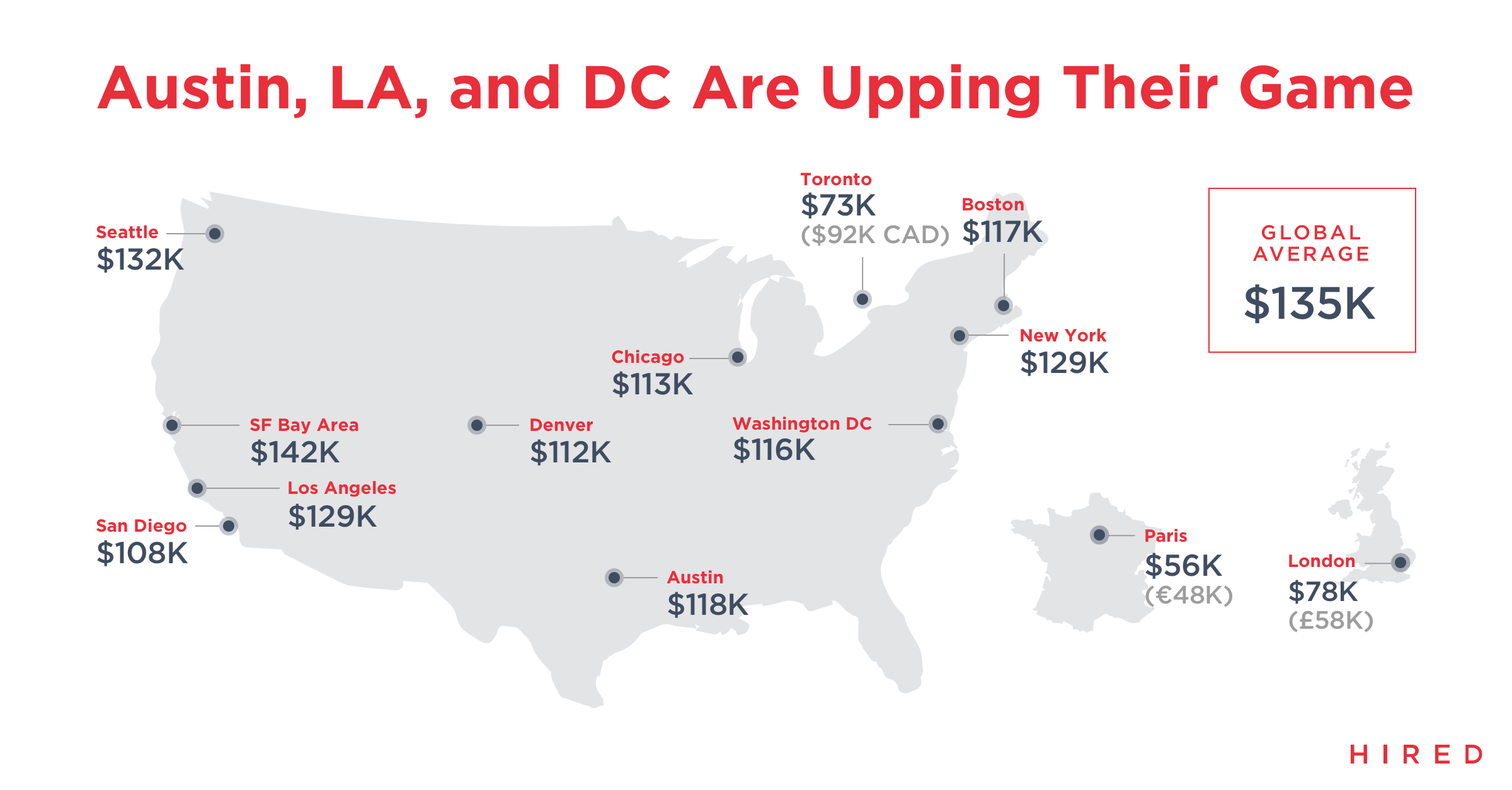 Corporate: Corporate tech companies often need a lot of space for their thousands of employees, which they can only find for lower prices in the suburbs of major tech hubs. Cities in the South Bay, such as Mountain View, Menlo Park, Palo Alto, Cupertino, and San Jose, are a few of the places where corporations like Google, Facebook, and Apple are headquartered. If you’re on the younger side of the workforce, working at a large company often comes with a longer commute that can be up to or greater than an hour each way. Of course, many of the companies listed have their own shuttle buses equipped with Wi-Fi so you can work while commuting. If you’re on the older side or have a family, large companies are often located near residential areas you may call home.

Startup: Startups are known for volatility and this can fluctuate based on their funding stage, leadership team, and revenue model. Earlier stage startups (say, Seed or Series A) may have a less established revenue model and hence are using a lot of their initial funding to build a team and ship a product. As startups mature, they gain funding and become a more secure option if their product proves to be desirable to investors. Similarly, the leadership team can change, and adapting with the needs of the company and the personalities of those in charge could be something you face more often. Since a company’s culture is established at the top, changes in leadership can impact an employee’s role, scope of work, or general approval of the company. Employee turnover is generally higher at startups.

Corporate: By definition, corporations are more stable than startups. They’re likely to have a consistent revenue stream and less likely to rely solely on outside funding. They may even be public and indebted to investors. Generally speaking, it is safe to say that tech companies, especially when compared with companies in other industries, often make sweeping changes quickly and often, and the ability to adapt as an employee is essential. It may be hard to predict when there’s a change in management, company or team priorities, or governmental or legal regulation that can turn your world upside down.

Startup: A company’s culture is broadly defined by those at the top; that is, the founders and the early employees who are brought in and shape how things will work. A lot of startups espouse similar core beliefs, which are reflected in their culture. In San Francisco, many startups portray themselves as transparent, merit-based, and casual work environments. This transparency can be seen in how the offices are set up (do they have clear or opaque conference room walls?), their hiring practices (do they have confirmation bias training?), and employee dress code (from business casual for those in client-facing roles to casual-casual to those behind screens). Since startups employ fewer people, the culture can change dramatically when a few key personalities join or leave a company.

Corporate: Since corporations employ a lot more people, they’re more likely to have teams dedicated to defining and maintaining the culture in which their employees thrive. This is especially important at companies employing thousands from all over the world with backgrounds that vary in education, class, ethnicity, religion, gender identity, and other demographic factors that shape an individual’s viewpoints, habits, and work experience. Whether a company provides perks like catered meals, gyms, flexible scheduling and vacation policies, and transportation to and from work is often reflective of when the company was created, their values, and how well they’re funded. An older company like Oracle or Intel might have a more professional atmosphere and not include perks like lunch and exercise classes, while this comes standard for employees at Google or Facebook.

Choosing the ideal company size doesn’t have a set formula. Ultimately, it comes down to understanding the differences within each as it relates to the buckets above and deciding the type of environment you want to a part of. In some cases, where you are in your career will be the driving force in what you choose, but regardless of what you decide, always start by evaluating the differences in each to ensure that you make the right choice.

Early stage startups provide a one-of-a-kind career jolt you can’t find anywhere else. When you join a seed startup or…

If you’re finding yourself bored at work or feeling that you’ve already learned everything you can at the company,…

Brittany is a Supply Strategist at Hired and author of the ‘Career Strategist’ blog series. Previous to Hired, she worked at Google for over 5 years in content review, policy, and business development roles at YouTube and the Play Store. She was a founding member of the content review team for Android apps, which led to a support position on the newly created apps policy team. In her spare time, she’s created several street style, food, lifestyle, and interview blogs. For Work It, Berk, she shares street style photos taken of stylish individuals seen throughout the world.